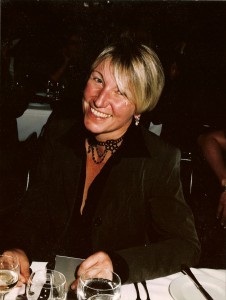 Dear organizers, participants and spectators of the European Maccabi Games 2015,

After a 30-year hiatus the first European Maccabi Games after World War II were staged in Copenhagen, the city that has been my home town for 20 years.  Now, 56 years later, the games will take place in Berlin, for the first time ever in Germany, my native country.  This makes it a big thrill and very exciting for me to be asked to be the patron for the bridge competition.

I accepted the invitation with great anticipation and curiosity. Delving into the history and development of the Maccabi Games I found the adherence to the Rachmanus rule very inspirational. The Rachmanus rule demands compassion and good sportsmanship from all participants and spectators during the games, both on and off the playing field.

In practice that means showing mercy in victory and not inflicting embarrassment when competing against a weaker opponent.  I am convinced, if we all followed the Rachmanus rule in daily life, the world would be a better place for all of us. I look forward to witnessing it being displayed at the European Maccabi Games this summer in Berlin. Thank you very much for offering me this opportunity!

Sabine Auken (*1965) is a bridge player and multiple European and World Champion.